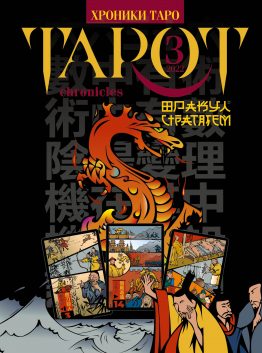 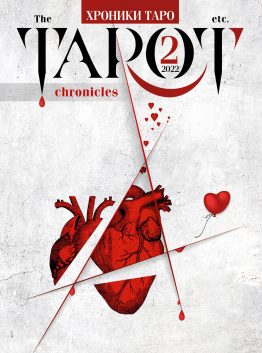 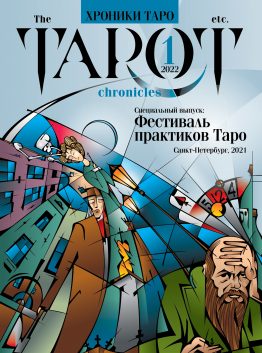 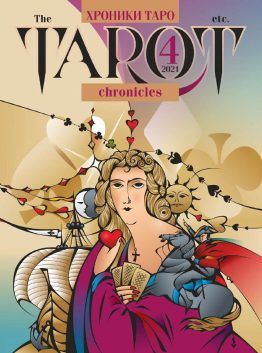 That’s who you are indeed. Many readers and authors of our magazine are really good friends—if not in everyday life, then at least in social networks. Thanks to information technology, our world is getting smaller and more often synchronicities are manifested in it. As a translator and editor of the magazine, carefully reading every submitted material, I have long been not surprised by these “coincidences” of topics and approaches. They testify that we are all on the same wavelength and in the same field. It’s is especially interesting that when new authors come to the magazine, they fit perfectly into this field of synchronicities.

In this issue, we say goodbye to our very dear author—and welcome new ones. Life goes on. And this issue receives several profound materials on the theme of Death and Rebirth. Synchronicity? Perhaps. And it so happens that it’s exactly about synchronicity that one regular author and one new one write in this issue. You can easily find more examples going through the pages. And this is wonderful, because, as one of the authors says, “the real message of synchronicity is synchronicity itself, the fact of seeing that it exists, simply because it is an unshakeable proof that we are connected to the Whole and that our thoughts act on the Universe.” Let us maintain this connection and develop this action by exchanging ideas, stories, and practices on the pages of our beloved Tarot Chronicles, etc. magazine!

Giovanni Pelosini. An Epistemological Approach to the Tarot

Marc Meurisse. Synchronicities: Jung’s Definition, Historical Aspects, the Law of Attraction, and Links with the Practice of Tarot

In memory of Eric K. Lerner

Veronika Nikitenko. Arcanum XII: What if I Am Not a Victim but a Path?

Mario Fuhrer. The Alchemy of Cocktails

Olga Voloshina. The Exit from the Matrix: an Extraordinary Experience of Everyday Things

Mila Smirnova. Hermit: Loneliness in Self-Sufficiency and the Flip Side of the Coin

Alexander Guly. Howard Phillips Lovecraft: The Sound from the Depths of the Worlds

Eva Maria Cabrera. How Do the Tarot Arcana Breathe?

Tânia Durão. Getting to know the Lenormand symbols in Brazil

The Legend of this issue is our outstanding contemporary, the man who made the Tarot world as we know it today—Stuart R. Kaplan, founder of the U. S. Games Systems, creator of the titanic Encyclopedia of Tarot.
In February of this year, Stuart R. Kaplan completed his earthly journey. We dedicate this issue to his memory and publish the priceless memories of his family, colleagues, students, and associates.
We express our gratitude to Giordano Berti for his delicate and difficult work in preparing the memories of Stuart R. Kaplan’s children about their father and for help in the creation of other materials.
Stuart R. Kaplan left, but his family and his company remain. His contribution to the Tarot is invaluable! And we hope that his heirs and disciples will continue his work. We are anticipating the publication of the fifth volume of the Encyclopedia (and, if necessary, we will provide all possible assistance).
As usual, our magazine pays tribute to the history of the Tarot. Giordano Berti explores the Kabbalistic Tarot of Papus, and his colleague Luigi Scapini investigates the “Mandala” of the Tarot of Papus. Editor and translator Andriy Kostenko presents the first known published English text on the occult Tarot, and in the Russian version of the magazine, the readers will see the first Russian translation of this article. We are certain that this material will be of interest to many.
Not only the past but also the future occupies the minds of tarologists. On the pages of this issue of the magazine, Giovanni Pelosini proclaims the Manifesto of Humanist Tarology.
Tatiana Milovidova reflects on the “reverse genesis” of the Major Arcana, and Eric K. Lerner, co-writing with Bozana Antich, in an article on Aleister Crowley’s birth chart, presents what may be considered a brand new system of divination. We will study it!
From this issue of the magazine, as always, you will learn about new decks, new layouts, and, of course, about a new detective Tarot investigation by Alexander Guly.
I wish you interesting reading!

Eric K. Lerner and Bozana Antic. The Nativity Chart of Aleister Crowley: Interpreted through the Thoth Tarot, astrology and the Tree of Life

Irina Matyulkova. Archetype of the Fool. The Fool Arcanum in the Psychological Portrait Method of Alla Alicja Chrzanowska

Evgeniy Farafonov. Wandering the Night Sea. Crisis in the Mirror of the Major Arcana of the Tarot

Kristina Sindalovskaya. Tarot as a Way of Life

Elsa Khapatnyukovskaya and Evgeny Vinitsky. Returning to Tarot of Marseilles Introducing the Marseilles Tarot of the   New Incarnation

Elena Sibiryakova. The Last Transition. From Judgment to the World

Nina Frolova and Victoria Verik. More patience with the Tarot and Lenormand Cards

Here is the new issue of the “Tarot Chronicles etc.” magazine, the first issue in this year. Actually, every issue since March 2014 has been the first for us.

Almost each of the previous issues of the magazine was devoted to a specific topic, usually one of the Tarot Arcana. The authors of this issue were free to choose their themes. Thanks to this, we were presented with an unprecedented variety of amazing views on the Tarot and its applications – history, teaching, alchemy, symbolism, psychology, detective investigations, creativity, games…

You will find all of this, and more, on the pages of this issue. At the risk of provoking the outrage of some readers, I will nevertheless share an analogy. The Coronavirus has made it clear to us that we all live on the same planet. It has separated us, but it has also united us.

All of us, regardless of where we live, had to face it. We all live on the same planet Earth. Our magazine has also united us, in its own way, at this difficult time. The geography of the authors of the first international issue of the magazine may seem modest to some. But I am proud of it: Great Britain, Armenia, Russia, Ukraine, Belarus, Italy, Chile, France, Israel, Brazil, Canada, USA… (listed in no particular order).

For the first time, we are releasing the international “Tarot Chronicles etc. International.” By doing so, we want to show that there are no barriers for those devoted to a common cause.

The Sola Busca Tarot and Alchemy by Giordano Berti

Tarot in Russia is more than Tarot by Vadim Kisin

The Tarot Journey of Arnell Ando by Eric K. Lerner

The Mystic Rose from the Garden of the King. A Fragment of the Vision of Sheikh Haji Ibrahim of Kerbela by Fairfax L. Cartwright. Introduction by Andriy Kostenko

Pictures of a spiritual world by Sébastien Michel

Tarot Cards through the Eyes of Practitioners. A Delphi Experiment in the Russian-Language Tarot Community by Henadzi Bialiauski

Archeology of Symbols: the Hermetic Mottos on the Venetian Cards by Giovanni Pelosini

Using Tarot as Inspiration for Writing by Katalin Patnaik

It Takes Two to Tango:  Secrets that a Personality Partnership Portrait can Reveal by Maria Macontré (Conrad)

Baphomet Tarot as a Mirror of Modern Realities by Tatiana Milovidova

Tarot Constellations: the Movement of the Soul. Method Overview by Alyona Solodilova

Le Monde and The Moon by Stefano Gradi

Playing Patience with the Tarot and Lenormand Cards by Nina Frolova, Victoria Verik

Tarot is a worldwide fashion trend! by Kristina Sindalovskaya